Aficionados of a certain vintage may scoff at the notion of Pennsylvania wine. But the state has become a wine hotbed in recent years. Here’s everything you need to know about what to drink, where to get it, who makes it, and the region’s best wine getaways. — edited by Kristen Schott & Erica Moody 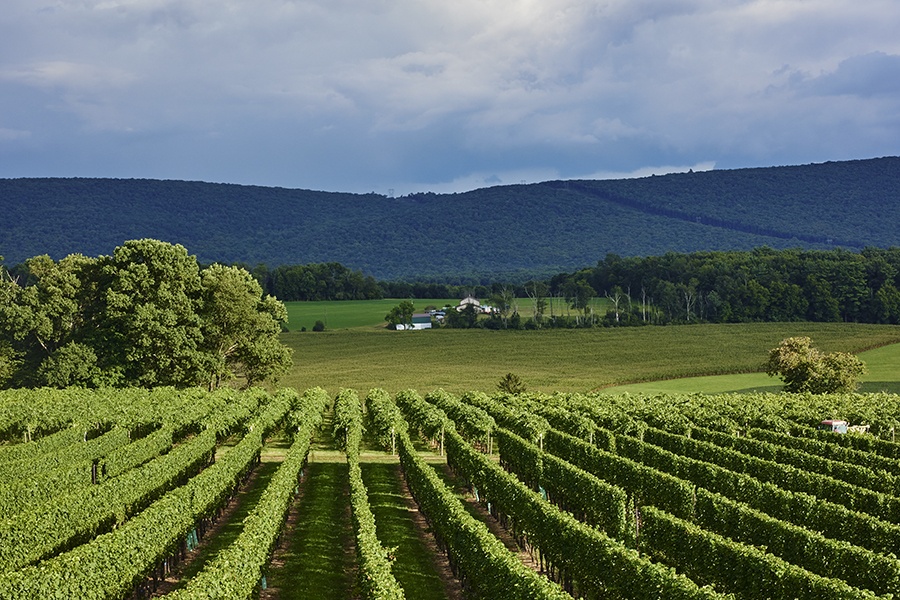 When you think of Pennsylvania, wine probably doesn’t come to mind. Farmland, of course. But the wine? And good wine, too? Yet the drink has been part of our landscape since at least the late 1600s, when William Penn planted what is believed to be Philadelphia’s first vineyard, in Fairmount Park. In the centuries that followed, the state became known for sweet wines and those made with fruits other than grapes. Native grape varieties, some of which are sweeter, have prevailed as they are easier to grow here. Prohibition and lack of funding contributed to Pennsylvania’s stagnation on the national and international wine scenes. While the state hasn’t entirely abandoned that sweet status—in fact, many wineries today thrive on well-made dessert wines—there has been a shift in our reputation over the past two decades. . Keep reading here. 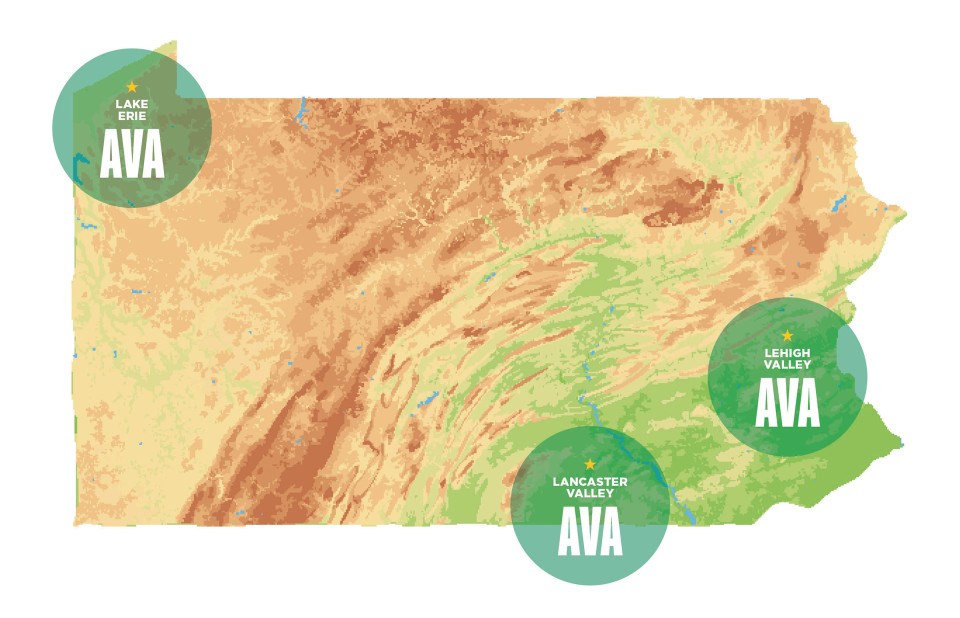 Pennsylvania’s expansive wine landscape stretches from the southwest corner to the northeast corner and everywhere in between. Within these regions are five U.S. viticultural zones, or federally designated viticultural regions. Not all regions or wineries have an AVA; groups must apply for the appellation and prove that their terroir has specific characteristics that differentiate it and, therefore, their wine. Here is an overview of three of the most important. 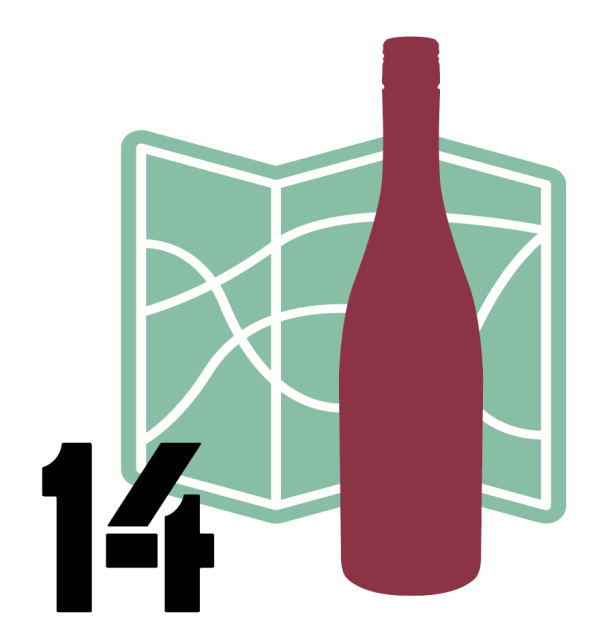 The number of wine trails in the state. These include the Brandywine Valley Trail, where you’ll find destinations like Galer Estate Vineyard & Winery in Kennett Square, a boutique winery specializing in fruity chardonnay (oaked, unoaked, and sparkling), dry rosé, and cabernet franc. .

New owners and next-generation winemakers and vintners are changing Pennsylvania’s wine landscape. Many are educated and trained in the industry, have spent time studying in different parts of the world, and are taking forward what their families started. Here are four to have on your radar (from left to right): 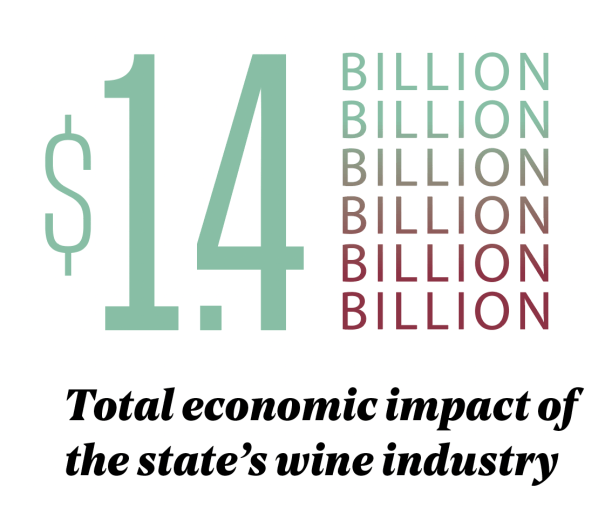 5 local wines to try when you fancy a drink 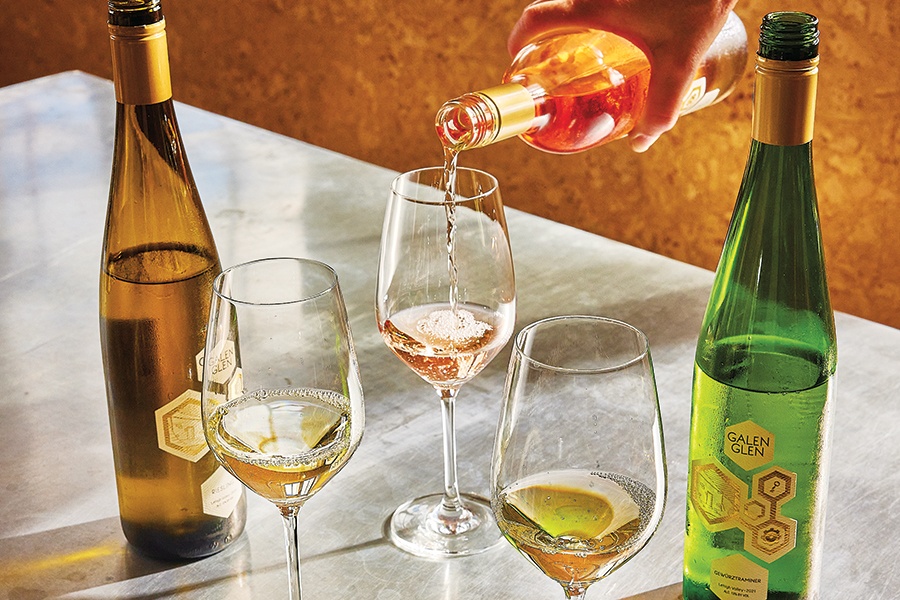 There is a Pennsylvania wine for everyone. Trade something from out of state – or country – for these local picks. Keep reading here. 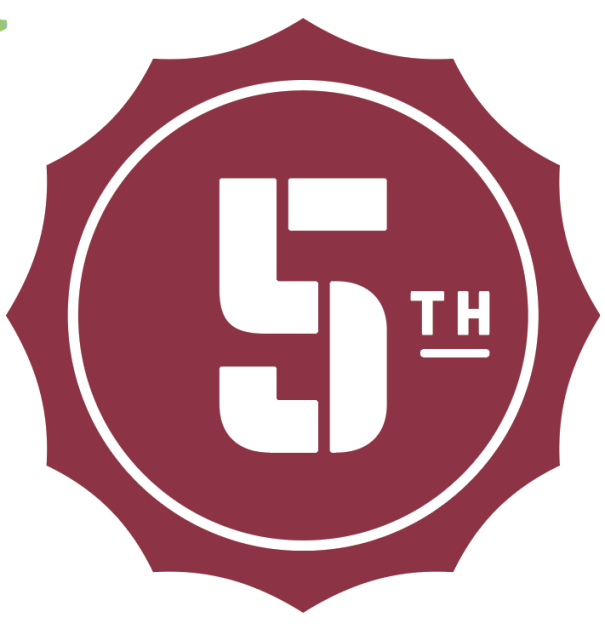 The PA rank in the nation for wine production. We produce about two million gallons a year, or 10 million bottles.

Where to Drink Pennsylvania Wine in Philadelphia 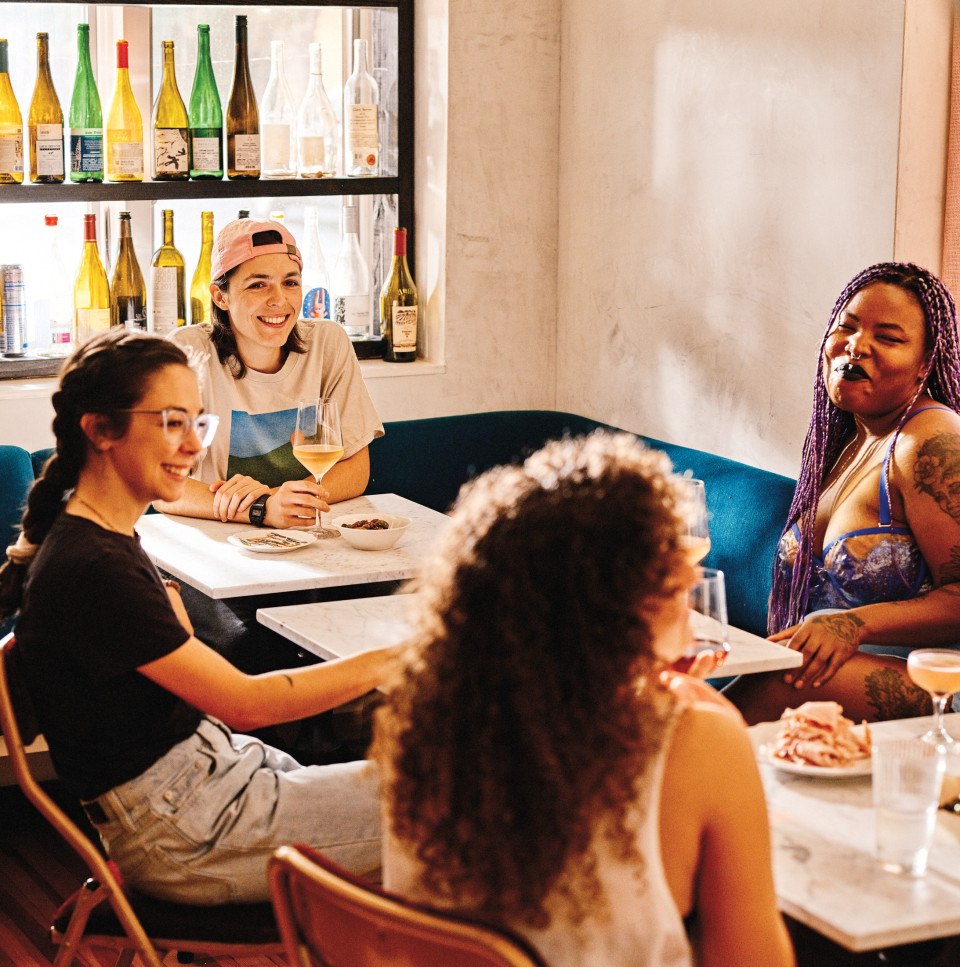 These Philadelphia restaurants, bars, and bottle shops guarantee you won’t have to leave town for a local drink. Keep reading here.

People who flock to visit wineries across the state each year, generating $476.5 million in tourism revenue
through tours, tastings, memberships and all those bottles you buy. 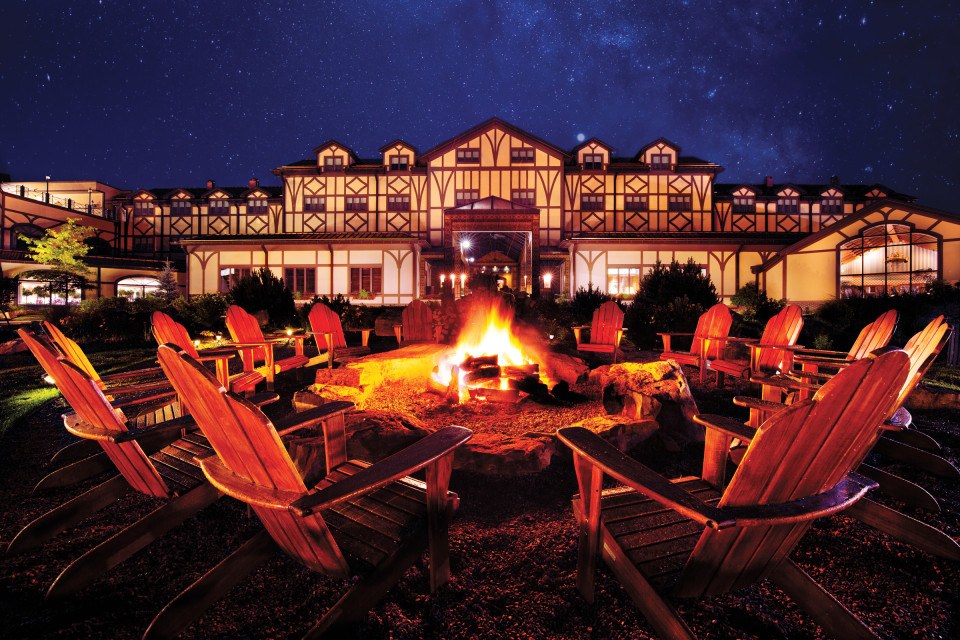 Being the designated driver while your partner drinks wine isn’t the most appealing weekend activity. Luckily, there’s a way to solve this familiar dilemma – by booking a weekend wine getaway. Whether they’re close to famous vineyards or wine destinations on their own, these hotels across the state will ensure everyone in your party can soak up as much as they want (within reason, though). sure). Think rest, leisure… and rosé. Keep reading here.

Get in the mood near you. 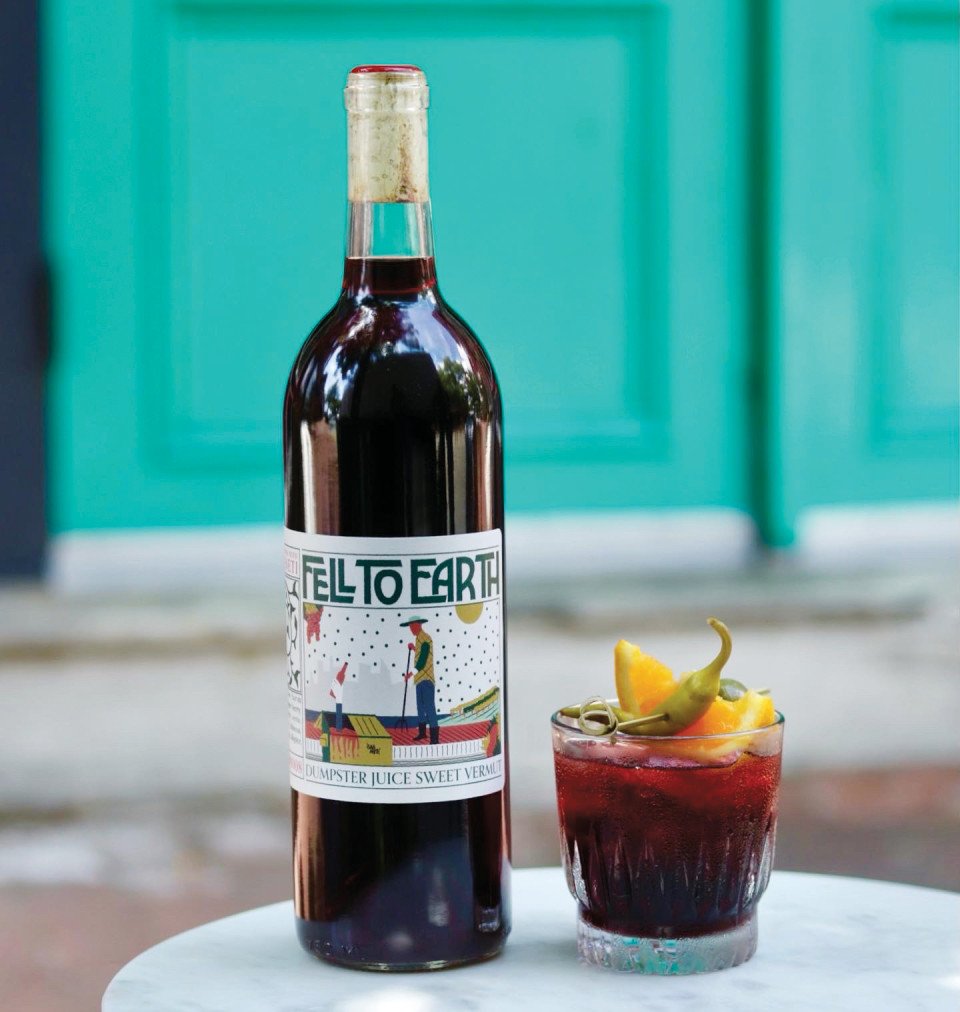 Bloomsday’s pandemic vermouth project is only getting bigger. / Photograph by Tim Kweeder and Zach Morris

The flavored, fortified wine Americans know best as a mix for cocktails like a manhattan or martini gets a Pennsylvania twist from local companies. Look for revolutionary vermouth, a collaboration between Stone & Key Cellars of Montgomery County and Philadelphia Distilling in Fishtown, made with French Colombard grapes and unaged brandy. The taste is somewhere between a classic dry vermouth and a sweet white. For something closer to a traditional sweet vermouth, opt for Plenum, a cherry and apple vermouth made by Plowman, the cider branch of Three Springs Fruit Farm in Adams County. Coming in 2023, the team behind Dumpster Juice vermouth, a pandemic project on Bloomsday, will open Fell to Earth, an urban “vermouth store” that is sure to become the hottest cold drink spot in town. — Maddy Sweitzer-Lammé 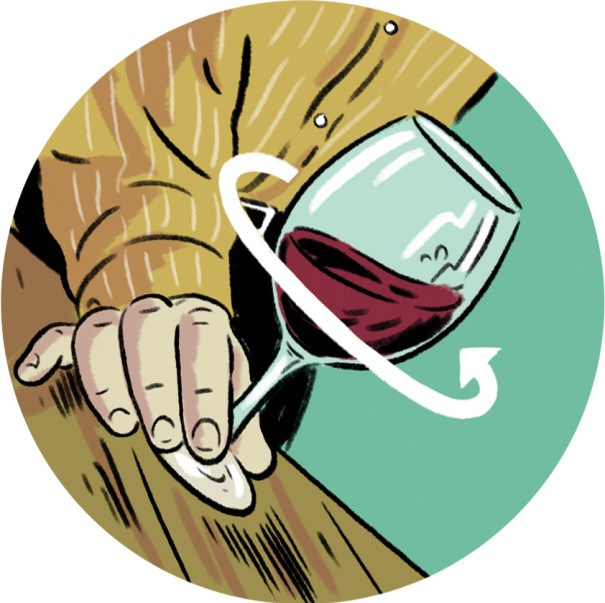 Sniff, swirl and sip like a pro. / Illustration by Kyle Hilton

The background mechanics behind wine tasting often seem…pretentious. But there are reasons for all of this. Chloe Grigri, co-owner of Good King Tavern and Le Caveau, who oversees both establishments’ wine programs, explains how to (literally) drink wine — and have fun, too. Keep reading here.

It all started with Bordeaux.

Published as “Vines of the Times” in the October 2022 issue of philadelphia cream magazine.

All roads lead to Beaune

Do you feel charitable? 16 drink gifts that actually give back